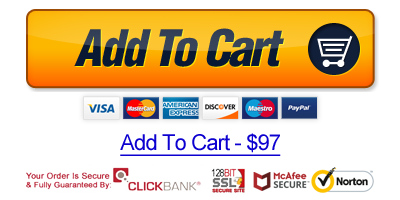 WAR Catch Wrestling 2.0 is our proven curriculum of video training modules, using Coach Billy’s original video content, delivered as a series of streaming videos that have been digitally remastered and upscaled to 16:9 HD (720p)…

Coach Billy’s home study system is here to show you ropes. This program showcases the holds and techniques shown to MMA legends Josh Barnett, Kazushi Sakuraba, and the roster of fighters in the UWFi. Not only will you learn the basics, like stance and pivoting, but you will also learn handfighting, takedowns, finishing holds, defense positions, conditioning drills (as done at the UWF Snake Pit), and the history and philosophy of Catch Wrestling…

🎖️ Plus earn 12.5 units towards earning your Coaching Catch™ Certification live and in-person when you complete this online training!

Private ‘members only’ community for both forum discussion and video commenting…

“Modern CACC: The Sport of Professional Wrestling” by Jake Shannon

“UWFi Bushido: Way Of The Warrior”

What exactly am I getting?

WAR Catch Wrestling 2.0 is a step-by-step home study system and delivered as a series of streaming videos that have been digitally remastered and upscaled to 16:9 HD (720p).

This is an “on-demand” training that you can access at any time.

As soon as your purchase has been confirmed your username and password for the membership area will be emailed to you within 1-2 hours. Inside you will be able to access the complete program along with all of the bonuses. You can access the members portal on any device connected to the internet!

It is a self-study “go at your own pace” program so you don’t have to worry about missing anything.

Does it expire or do I have lifetime access?

WAR Catch Wrestling 2.0 is available right now for a one-time payment of just $97. No monthly or yearly commitment.

After ordering today you will be locked in and have lifetime access to the entire training program. Your membership does not expire and you can log in as many times as you want. There are no additional monthly fees or costs. Just $97.

What if I need help or have questions in the program?

As soon as your purchase has been confirmed you will be given a username and password for the membership area. Inside you will be able to access our private member’s only forum as well as ask me any questions you may have.

If you need further assistance we have a dedicated support email you can contact and usually receive a response within 24 hours.

Home / Terms / Privacy / Disclaimer / Affiliates / Contact
ClickBank is the retailer of products on this site. CLICKBANK® is a registered trademark of Click Sales, Inc., a Delaware corporation located at 1444 S. Entertainment Ave., Suite 410 Boise, ID 83709, USA and used by permission. ClickBank’s role as retailer does not constitute an endorsement, approval or review of these products or any claim, statement or opinion used in promotion of these products.
NOTE: Before participating in any martial art, you should consult your physician, have a certified adult competent martial arts instructor present, consult with a parent or guardian and agree to be of legal age and to use responsibly. You should be aware that if you practice or study Catch Wrestling, “Scientific Wrestling”” or for the “SW Catch Wrestler Audit””, or to be a “SW Catch Wrestler””, you are doing so entirely at your own risk which includes: any past, present or future physical, medical or psychological pain or injury whatsoever that you may incur or receive. When training you may receive pain and injury.
Copyright © 2021 Lion’s Share Ventures, LLC All Rights Reserved
All original logos, photographs, and brands featured are property of their respective owners.

Your email address will never be shared.
By submitting this form, you are consenting to receive marketing emails from Lion’s Share Ventures, LLC. You can stop receiving emails from us at any time by using the ‘Unsubscribe’ link found at the bottom of every email (or by contacting us at support@warcatchwrestling.com).
We use cookies 🍪 to ensure that we give you the best experience on our website and continuing to use this site implies your consentOK